Renowned PR Professional Joins the Team as Non-Executive Director!
Say Hello to Theo, the Newest Addition to Our Team

A Red Letter Day for our Managing Director 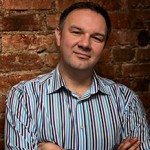 A Red Letter Day for our Managing Director, Darren Northeast, with announcement of top industry accolade!

Have you ever noticed that certain days on a calendar or in diaries are marked in red? This is a practice that has a long history dating as far back as the Roman Republic, and denotes a day of great significance. This old tradition is now more familiarly known as a Red Letter Day.

Our Managing Director, Darren Northeast, had his very own Red Letter Day recently when he received news that his contribution to the PR industry has been recognised by the Chartered Institute of Public Relations (CIPR) as part of their 70 at 70 campaign.

Described as a “unique project to celebrate its pioneering members” the 70 at 70 was launched to mark the anniversary of the founding of the CIPR in 1948, three years after the end of the Second World War. With this history in mind to have been nominated and selected by your industry peers is indeed a rare accolade.

Darren has been singled out in particular for his contribution in four industry areas: outstanding or exemplary public relations practice; volunteering and commitment to the PR community; entrepreneurship within the profession and thought leadership and authorship in public relations.

He began his career in PR and communications in the financial sector before setting up this agency in Bournemouth, Dorset, 13 years ago. Since then Darren has steered DNPR to success as one of the South’s leading and multi-award winning public relations agencies with an enviable client base across Dorset, Hampshire and beyond.

Never one to do anything by half he also gives back to both his profession and the regional economy, none more so than as current Chairperson of the Wessex region of the CIPR; an important role as an industry professional and expert steering the regional membership across Dorset, Hampshire and the Isle of Wight.

On his accolade Darren said, “I am so proud to have been recognised as one of the 70 at 70 by my professional body. I am very fortunate to work in an industry I truly love and as a result am able to pass that enthusiasm on to my team, aspiring PR professionals, and in my work as Chairman of the Wessex region of the CIPR.”

We are extremely proud too. Of Darren. His consummate professionalism, the fact that he really cares about his industry, the way he mentors aspiring PR practitioners and his kindness to his colleagues. We couldn’t think of anyone more deserving of being a “70” of the 70!

What to say on social media, and how to say it
There has been a massive surge in usage and engagement across the social media platforms during lockdown, with relative newcomers like TikTok making a...
Read all about it...

Embracing the opportunities among the challenges
With so much change happening so fast, it is natural to worry about everything that is going wrong. But it’s also true that any period of great chan...
Read all about it...

Communication in a crisis – Coronavirus communication strategy
Darren Northeast PR explores the power of communication, and how vital it is for businesses to continue to reach out in this time of crisis and devel...
Read all about it...