Our triumphant win at the CIPR PRide Awards!

Ben Craig – Advertiser & Times – The People Behind Your News 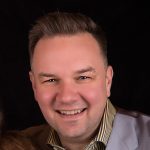 Interested in finding out more about the people behind your news? We’ve been interviewing some of the journalists we know from across Dorset and Hampshire, finding out what motivates them, their thoughts on the future of the media and why they choose to serve the community with quality news.

Q) What is your main responsibilities/What does a normal day in the office look like?

A) As digital editor my job is to manage the website and social media channels, choosing which selection of stories to run from the newspaper, plus editing and headlining them as they go up.

It’s not just an add-on to the weekly print newspaper – it’s a whole other product and audience, and requires liaising with the editor and reporters to hit a different set of daily and hourly deadlines.

Each day kicks off with an editorial conference to catch up on stories and get a heads-up for likely online updates. I’m busy all day writing stories too, so it’s pretty non-stop most of the time.

Q) What was your background before journalism?

A) I was originally considering teaching or social work after finishing my English Literature degree. Before that I’d done youth work, bar work and even putting up tents. But I fell into journalism at the New Milton Advertiser and Lymington Times after starting on a trial basis at about 23 years old – which turned into a career. I gained my NCTJ journalism qualification at Highbury College in Portsmouth before taking a break from news to work at a PR agency. But I returned to reporting after four years – I really missed being in a newsroom.

A) I’ve always been a bit of a news junkie, so being paid to write about and follow one of my big interests became such an obvious choice, once I’d gathered a bit of experience. It’s a bit naff but my original teaching ambitions were partly about trying to be a helpful part of the community; although journalists have a poor reputation, at local level you can genuinely do some good.

Q) How important is journalism for wider society?

A) Journalism shapes how we see the world, even if it doesn’t necessarily make up any-one’s minds about things. It’s crucially important for informing us to make decisions and priorities. The better informed you are, generally the better decisions you make – and it’s the same for society as a whole. Take that awareness and scrutiny away and policy-makers get lazy and bad choices get made, which at best wastes money and at worst can cause real harm to real people.

Q) What is the main aim of your articles?

A) I want to write articles that are useful to the reader, that’s my main aim – whether it’s letting people know when the local carnival kicks off or why their community centre might be at risk and what they can do about it. Digital reporting in particular has to be relevant and useful, or people just won’t click on it. Having said that, it’s not all about utility – everyone loves a laugh, so if there’s a story that’s just entertaining in itself then I’ll simply aim to give people a good read.

Q) How do you stay up-to-date with current affairs?

A) I’m a Twitter addict, so I dip into my newsfeed throughout the day where I try to follow a wide range of useful handles. I’ll listen to the Today programme every morning too to get a feel for the national picture, which even at local level has an influence – it often sets the agenda. As digital editor I’m on social media throughout the day, so in some ways it’s actually harder not to keep up to date.

Q) How do you see journalism changing in the future?

A) At some point print newspapers are going to go the way of the cassette tape – though I hope not too soon. Then the industry will be entirely digital which brings huge challenges for funding and profitability. I think there will be some tough times but the need and hunger for decent news is out there, and people will notice it’s missing once they start to depend on utterly unreliable Facebook pages and the like. Then I think there will be a move back to what is sometimes derided as the “mainstream media”, once people see what the alternative really looks like. It’ll be a rocky ride though.

Q) What’s your favourite thing about the outlet you work for?

A) As an independent newspaper we don’t have the corporate pressure that titles within the UK’s big news groups have. Obviously we’re still a business but we’re answerable to our readers rather than shareholders and I think that means people trust us more – that’s such a valuable asset for a hyper-local news outlet where (almost) nothing is too local.

Q) What’s the most up-lifting story you covered recently?

A) It was a very minor story in the grand scheme of things, but it involved a mental health issue. One of the people involved trusted me enough to get in touch after my first article and pass on some information. That was tremendously touching – to be trusted to present their deeply personal situation fairly and accurately to the community, despite the sensitivities. Sometimes it’s the story behind the story that’s the best thing.

Q) What would be your ideal story?

A) My ideal story to publish would follow the rule of thumb that “news” is whatever some-one doesn’t want you to print – every journalist wants to expose an injustice or reveal hypocrisy. It’s what journalism is meant to be for. But my ideal story to write would be a crazy mix of all the categories that articles often get lumped into: politics, crime, humour, human interest, celebrities. I’m still waiting for that one.

Q) Journalism is a stressful job, so how do you unwind?

A) Journalism is one of those jobs where you almost can’t let yourself unwind, or you risk mentally dropping a lot of balls you’re juggling for a whole range of different stories. But if you don’t cut the cord at some point you can lose perspective. I’m an avid hiker, so when I want to relax I’ll get out into the New Forest for a long stomp, or off to Wales or the Lake District for a longer bit of peace and quiet.

Find out more on the New Milton Advertiser and Lymington Times here: https://www.advertiserandtimes.co.uk/